By Arwa Darmoul, Researcher in Law and Politics of the African Union and trainee at the CIESSM

The SADC is an inter-governmental organization aiming to establish further regional socio-economic cooperation and integration as well as political and security cooperation among 16 countries in southern Africa.

The SADCC has been in existence since the 1960s and 1970s. The leaders of majority-ruled countries and national liberation movements coordinated their forces to abolish colonial and white-minority rule in southern Africa.

The Informal Frontline States (FLS) grouping was the immediate predecessor of the political and security cooperation leg of today’s SADC. It was formed in 1980.

The Transformation of SADCC to SADC

In 1992, a summit was held in Windhoek, Namibia where the heads of States and Governments signed the declaration transforming the SADCC into SADC.

The SADC, headquartered in Gaborone, Botswana was established under article 2 of the SADC Treaty. The Treaty sets the main objectives of the community which revolves around development and socio-economic growth of the Southern African people.

Amendment of the SADC

In Blantyre, Malawi, the heads of SADC member states signed an agreement amending the SADC’s Treaty. The amended treaty heralded the overhaul of the policies, procedures, and community structures. The security and political cooperation was institutionalized in the Organ on politics.

An institutional reform was made by the means of the Extra Ordinary Summit that took place in Windhoek, Namibia, on the 9th of March 2001. This reform established a new structure with 8 principal Institutions and Organs:

Summit of Heads of State or Government

This Summit is the supreme institution of the SADC. As shows its name, it consists of all the heads of states or governments of the members of the SADC. It is managed by a troika system comprising the Current Summit Chairperson, as well as the former and the future ones.
President Filipe Jacinto Nyusi, President of the Republic of Mozambique is the SADC Chairperson,

Organ on Politics, Defense and Security

TheOrgan is also managed by a troika system basis. It reports to the chairperson of the SADC. This organ promotes peace and security in the Southern African region.  It also directs SADC member states in matters that threaten the peace and security.

TheCouncil consists of Ministers of Foreign Affairs, Economy and Finance. It oversees the development of the community as well as its functioning. It also ensures the proper implementation of its policies.

TheCommittee is composed of two ministers from each member state. It ensures policy guidance, coordination, and harmonization of activities.

Tribunal of the SADC

Established by the protocol on the tribunal on 18 August 2005 in Botswana, the tribunal ensures proper interpretation of the SADC’s Treaty and other instruments. It adjudicates upon all other disputes when referred to.

This Organ provides policies and strategies inputs, coordinates, and oversees their implementation at national levels.

In addition to the previous organs and institutions, the SADC has a parliamentary forum established in 1997, composed of members of SADCstate members’ parliaments.

This forum seeks to support and develop regional integration.

There are news that this Forum will soon be transformed into a Regional parliament.

Integration and cooperation efforts have been going on for decades since the creation of the SADC. These efforts contribute to the development of infrastructures and economies among state member countries. “Cooperation” signals a process of working together in order to achieve common goals.

The SADC’s common agenda refers to a set of shared principles and values that guide the members in order to achieve their regional integration agenda. This common agenda is spelled out in the amended treaty of 2009 as well as in the Review of operations of the community.

On 12 June 2011, The Heads of states and governments of the COMESA, EAC and SADC have met and signed a declaration establishing the COMESA-EAC-SADC Free Trade Area (FTA) which was signed on June 15th, 2015 in Egypt. This zone covered 26 countries to be the largest free trade zone in the continent.

The Tripartite Union’s main objective is to strengthen and deepen economic integration in the area and Africa in general, which will be achieved through harmonization of policies and programs across the regions.

VI- Challenges to regional Integration within the SADC/

The establishment of regional blocs has been made mainly to integrate the economies of the countries of the region and also to strengthen efforts in tackling poverty and to counter the threats posed by powerful economies outside the region.

Since the establishment of the SADC, there have been many achievements but those have been outweighed by a plethora of challenges on many levels:

One of the major obstacles to regional political integration within the SADC, has been the pursuit of national interests rather than those of the regional community and other state members.

The interests of the ruling elite prevails at the expense of other weak members.

This virulent nationalism affects the noble idea of Pan-Africanism which seeks to unite all Africans.

Many member countries of the SADC have also concluded other regional integration agreements which affects the integration within the SADC.

This overlapping of memberships creates many problems: confusion, duplication, and competition, and is also a burden on taxpayers.

Lesotho and Swaziland for example are members of the SADC and COMESA. Difference in approaches may add to the confusion and incoherence in policies.

3- The heterogeneity of SADC economies

The different economies of the SADC members are characterized by economic imbalances and inequalities which affect the regional integration and keeps the SADC from fulfilling its objectives.

Stronger economies will always try to dominate the poorest and weakestones and dictate their terms to them.
For instance South Africa has always presented a dominant voice in the SADC and similarly in the SACU.

4- Failure of a collective justice system

The Zimbabwean commercial farmers’ case was the first case attempting to seek action against Human Rights violations. Individuals hoped to put an end to impunity but that was never the case, Zimbabwe, which have been found guilty, refused to comply with the tribunal’s decision. This refusal has led to reviewing the tribunal’s mandate then reducing its powers and then its dilution.

This case has shown that some members are untouchable. This violates the principle of equality between members and affects the regional integration that is now at the mercy of powerful member states.

Nearly three decades after the SADC’s formation, the poverty and the misery of the people has not dramatically diminished, on the contrary,they have increased. Indeed, this makes an irrefutable evidence of the community’s failure to achieve its objectives of integration and social development.

The SADC now should seek to remediate its failure and reconsider its Integration strategy through effective scientific methods and most certainly reject its orthodox paradigms of integration.

Note: this article is based on information obtained from the SADC’s official site: www.sadc.int 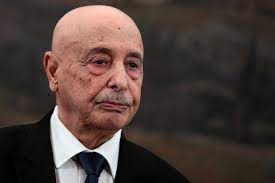 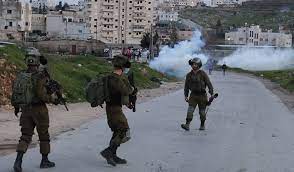