Authored by : Dr. Badra Gaaloul, president of the International Center for Strategic, Security and Military studies

Recently, the subject of the prospectsof the relations of African countries in the international arena in terms of strengthening theirbilateral relations as well as broadening poteintials of accessing world markets has been strongly debated.

Noticeable is the rising influence of China and India in the continent. India for instance has intensified its diplomatic activities and reengaged in the African affaris through Kenya. These endeavours , however, require India to further intensify its economic and military efforts to be able to compete with the Chinese influence, which has overidden that of the continent’s partners all together.

In its approach towards Africa, India relies mainly on establishing close ties with 2 African states : Kenya and South Africa. It has, at the same time accomplished a technological breakthrough in Nigeria, the largest African country in terms of population.

India is inhancing its trade balance with the continent as a whole. Actually, its exports to Africa reached in 2019-2020, 14 times the total of its imports from the continent, an indication to the nature of the African-Indian relations which is characterized by economic hegemony and trade imbalance.

Furthermore, the Indian interest in numerous African countries has been rapidly increasing in the last few months. A considerable number of Indian high-level officials performed official visits to Africa in an attempt to pave the way for the Indian presence in the continent.

The recent visit of the Indian Minister of External Affairs, Subrahmanyam Jaishankarto to chair the Indian-Kenya Joint Commision in June is indicatve to Indian’s relentless efforts to develop its relations with Africa.

Given the fact that Kenya is home to 80 thousand people classified as «  people of Indian origins » as well as 20 thousand Indian citizens, it is considered as India’s gate to the African continent.

In the Aftermath of the visit, Indian and Kenyan officials discussed a host of bilateral, regional and international issues. These discussion also tackled development partnership models-where India succeded to promote its image as one of Africa’s most prominent partners in the field of development.

In the framework of its initiative known as « Vaccine Maitri », India granted 150 tons of medical equipment to 25 African countries. In addition, it has granted 25 million, locally produced, doses of vaccine to 42 African countries, though the second wave of the Covid-19 pandemic which hit India strongly in April and May put an end to its vaccination program in African countries that mostly rely on the Covax initiative.

Despite these challenges, India, in partnership with South Africa, made considerable efforts to grant patents for the local production of vaccines from the World Trade Organization.These efforts could save African countries millions of dollars and help developing countries produce vaccines and other medical equipment.

In addition to the historic and geograpical considerations governening the Indian-Africain relations, there has been an unprecedented growth in India’s comercial businesses and investments in Africa. Actually,  Its trade with Africa has grown from $52 billion a decade agoto reach $68 billion with a 29% increase.

On the other hand, the African exports to India recorded a $5 billion increasein the same period between 2010-2011 and 2019-2020, which created a new market for African goods in India.

Within a short period of time 1 out of 10 foreign goods in Africa came from India. India also succeeded, despite numerous hardships, to become the 8th biggest investor in Africa through its joint projects in private and public sectors.

Remarkably, India gives considerable attention to the companies working in the field of technology and has maintained a strog foothold in this sector. For instance, when the Nigerian government blocked Twitter, the Indian start-up « KOO » has gained a large users base in Africa’s most populated country. Even the Nigerian government  officially joined the network using local African languages which have been added to the platform. This expansion has doubled « KOO »’s market value 5 folds reaching $100 million within a few months from its inception.

However, the Indian approach towards Africa remains closely linked to China’s in light of the heating competition between the 2 Asian countries.

The Chinese giant tightens its grip on Africa

The Chinese influence in Africa has been witnessing major transformations such as the imposition of political conditions on investment. There are as well increasing risks from Chinese loans due to the default of several Africain countries such as Zambia, Angola and Zimbabwe.

China has overtoppedthe western countires as the biggest governmental lender to African countries through the  « Bellt and Road «  initiative accompanied by the loans granted from the Chinese Development Bank.

Reports also revealed that China has lent 13% of the total value of loans since 2005 followed by the U.S. by only 4%.

China benifits from lending money by imposing more pressure on the U.S. and the Europeans to provide more credits since it grants long term loans and exempts, from time to time, some countires from repaying or imposes no interests.

While China does not take part in the « Paris Club », used by western governments to negotiate soverign loans exemptions, Chinese lenders have rescheduledloans in the past and it looks like they’re currently prepared once again to negotiate the procedures to postpone due payments and reschedule them.

With the shrinking role of western countries in granting loans, some countries have no choice but to resort to China.

Remarkably, when Zambia became the first country to fail to meet its obligations in paying its sovereign debts during the Covid-19 period, after it had missed to pay Eurobonds in May 2020, lenders requested more information on Zambia’s commitments towards Chinses lenders.

In this context, The International Monetary Fund (IMF) highlighted the increasing risks from defaulting on debt repayment in several poor countries. IMF excecutive director, Kristalina Gerorgiva urged all lenders –including Chinese ones- to exempt  these countries from their debts. 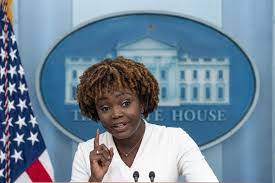 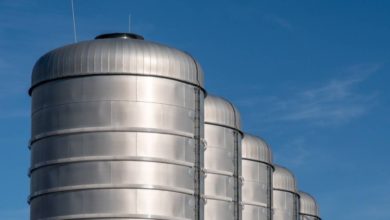 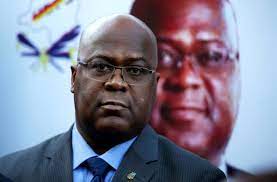