In 2011, Libya was put under an international pressure to overthrow the regime of Muammar Gaddafi, especially by AFRICOM and NATO. After theend of colonel Gaddafi regime, Libya lived a political vacuum that opened doors to chaos and foreign interventions. Later on, the chaos moved to the Libyan national arena, whether through the formation of militias and the diversion of mercenaries or politically through diplomatic and financial support to the Libyan political parties.

The Libyan file was neglected for years in order to extend the Libyan crisis. Foreign intervention was limited andtook advantage of the state of chaos and internal dispersion for the sake of ensuring its economic interests. However, the consequences of that chaos cast a shadow over the neighboring countries and the region, terrorist training camps were established in Libya andMercenaries were transportedto the fields of war in African countries such as Mali, Niger, Sudan, Somalia, the Balkans and Azerbaijan.Added to the diversion of huge shipments of weapons to the whole region, in particular the countries of the Maghreb, the Sahel, the Sahara and West Africa. The flows of illegal African immigration towards Europe through the Libyan coasts have also multiplied, and these security and economic issues has become a real challenge for European countries.

The world powers ignited the war in Libya, but in the end,they were burned by the same fire, and it was necessary to close the Libyan file and restore political and social stability, especially on the Libyan national lands.Ending the bloody direct war in Libya was initiated by the cease-fire initiative after the Turkish-Russian initiative in Moscow, on January 13, 2020. Countries who took part of the war were exhausted and suffered great losses in the Tripoli war. For example, Turkey has lost many of its drones and could not maintain control over its armed groups, it was also afraid of losing the loyalty of some Libyan militias, which could turn over if they see signs of defeat, and they almostlost the war if the world powers did not intervene.

The Russian forces who took part of theSyrian war and the crises of the Caucasus were totally exhausted. Putinalso was not willing tokeep financing fighters and equipment. A truce was needed to restore breath and organize plans. In war, the one who asks for a truce is the defeated that wants to reorganize his ranks and his papers.

Although the national dialogue parties did not reach a solution in the Moscow dialogues, it was a step that paved the way for the Berlin meeting on January 19, 2020 and it enhanced the agreement on the ceasefire and led to the formation of the 5 + 5 Joint Military Commission .The latter has worked since its formation to reach a comprehensive military agreement but it did not succeed due to the complexity of the military file, since the military presence of each party on the field is considered a guarantee card for political control and pressure.

Efforts to resolve the crisis continued.Countries as Morocco, Germany and Tunisia, tried to host the dialogues either to add its diplomatic touch and lead the international political sceneor  to create a political influence on the file by attracting dialogues to its territory. Egypt is the only neighboring country that was able to influence the Libyan political track especially through Hurghada and Cairo meetings last October.

During the period between the first meeting in Berlin and Egypt’ s meetings,the negotiating parties managed to reach several points, such as the ceasefire agreement on August 21 which is a bilateral national initiative. They were also obliged to hold presidential and parliamentary elections within a period not exceeding 18 months, provided that parts of the conflict would unite their efforts during the upcoming period for the sake of re-forming of the Presidential Council, establishinga national unity governmentand applying the amnesty and national reconciliation law that concerns the return of Libyans in the diaspora.

However, the agreements were signed without any will for implementation or commitment, and the main problem is not only the agreement, but the implementation of what was agreed upon, as the events on the field and the negotiations in the meetings and forums proceeded in parallel lines without intersection at any point. Later on, more chaotic events happened.It was expected during that period that armed conflict would break out again and Libyawould be divided into autonomous regions. Despite the agreement on the transitional government in Geneva on February 05, 2021, the situation is still fragile specifically the security issue.We cannot consider that the Libyan file has been closed, but the level of anticipation is intensified, and the United Nations is trying to show that it has succeeded in its endeavors to resolve the crisis.

In this particular context, Egyptinterfered throughHurghada and Cairomeetings. Both of the meetings pushthe Berlin negotiations further,approved Security Council Resolution number 2542 of 2020, appointed the United Nations as the official sponsor of the Hurghada talks, discussed the transitional constitutional pathand implementthe Egypt agreements.

The two meetings were the beginning of a real rapprochement for the parties, because they brought together all those concerned with the issue without exclusion, which is the missing element in the rest of the negotiations.The situation witnessed a sudden breakthrough and the first signs of solutionstarted to appear supported by the Geneva talks on October 23, 2020, which led to various points, the most important of which are:

-Opening of land and air routes.

-Applying the Ghadames Agreement by reopening the oil facilities, continuing production, and eliminating the armed fighters and mercenaries.

With this agreement, questions raised concerning the ways and mechanisms of implementation, especially since the negotiating parties were mostly pursuing a policy of procrastination. The events that erupted after Ghadames shows that the Libyan file took a different turn that totally differs from the results of the negotiations, and the hidden hands started movingthe chess pieces again.

The armed skirmishes of the militias returned.Shipments of weapons and fighters flowed into Libyaand individual voices raised, since they were excluded from the negotiations. The chaotic situation reflects the true intentions of the leaders of the consultations, reaching a dead end while pretending to establish peace and stability in Libya.

Amid the escalation of anger towards the UN mission in Libya for excluding some parties and imposing a doctrine of res judicata towards Libyan national initiatives added to the deterioration of the military situation, all hopes were pinned onthe Dialogue Forum that took place in Tunisia on November 9, 2020. Unfortunately, the dialogue failed at all levels.

At the Libyan Political Dialogue Forum, the Group of 75 agreed on a roadmap for holding national and inclusive elections on December 24, 2021. The participants also agreed on the need to reform the executive authority in line with the results of the Berlin Conference, and defined the structure and terms of reference of the Presidential Council and a prime minister separated from it. They also defined criteria for candidacy for these positions.

The recent Geneva consultations in January 2021 paved the way to implement the former political agreements by signing lists to elect members of the Presidential Council and the Prime Minister. As for the presidency of the national unity government, it was assumed by Abdel Hamid Dabaiba.

The list won with 39 votes out of a total of 73 votes. The winning list did not include names that have dominated the national scene since the fall of the regime such asFathibash Agha and Aqila Saleh. It is an evidence of a break with the previous period and with political figures who were unable to manage the crisis, they rather were the main cause of the crisis due to their foreign affiliation.

This clear progress in the Libyan issue came as a result of an internal desire, which is the approval of all the conflicting parties on the new list as well as the regional consensus lead by the United Nations delegate Stephanie Williams who sought to end her term and hand over her tasks to the new UN envoy.

The Egyptian-Turkish consensus since the outbreak of the Gulf crisis has mostly played a role. The withdrawalof the Turkish side has hidden reasons as Turkey had a political influence on the national arena since 2011.Turkey even obstructedthe agreements to remove mercenaries and foreign fighters from Libya and recently extended its military presence by 18 months.

Most likely, Erdogan did not initially plan to hand over Libya, but the unexpected and sudden changes in the international arena pushed him to do so, especially after Biden’s victory and his anti-Erdogan projectas well as the Gulf reconciliation or the so-called Arab quartet reconciliationand the subsequent negotiations between the regional quartet. The Ottoman mandate in Libya came to an end, and thus Turkey entered into a truce with the Emirates, Egypt and Saudi Arabia at the same time of its withdrawal from the Libyan file, but for whatreasons?

Or for a Trade and economic agreement, especially with the loss of Turkey’s economic allies?

Many opportunities may have been seized by the Turkish regime in a trade-off for Libyan security, but the most important thing now for the Libyans is to seize the opportunity to withdraw foreign interference and lead the state to a safe harbor and to go to a Libyan presidential and legislative elections under the auspices of the new transitional government.

Libya will also receive a new UN envoy called Jan Kubis. The latter was chosen by Guterres and approved by the UN Security Council on January 16, 2021.Kubis will take the place of Ghassan Salama, who handed his duties to Stephanie Williams throughout the past period. Kubis worked in countries that witnessed many internal conflicts, such as Lebanon, Afghanistan and Iraq.

However, professional experience may not be sufficient if the envoy is not unbiased and engages as well in serving the interests of other parties at a time when the Libyan file cannot bear more complications.

In front of many challenges and outstanding issuessuch as the complete withdrawal of mercenaries, the dismantling of militias, the return of refugees and displaced persons, the unification of the ranks of the national armyas well as ensuring accountability forthe perpetrators of war crimes.There must be a unification of the national will and consensus to end the crisis, as preparations for the December 2021 elections and its success will be a thorny road due to the situation left by the Government of National Accord and the United Nationsregarding the fact that the institutional structure in the country has been scattered between East and West.

Abdul Hamid Dabaiba has 21 days to formulate his government, and he can extend this period to 21 days, provided that in obtaining the Parliament’s vote of confidence does not exceed the date of March 19, 2021. Wasting time is not in the interest of the state that become threatened in its continuity.

After a harsh experience that Libya and the world livedfor a decade, everyone knew that the Libyan file may influence the Mediterranean and North African region and even the African continent. Any threat to Libyan security may have many consequences on the Sahelo – Saharan countries as well as European countries.An important stride has been made in the Libyan file after voting on 4 consensual figures leading the transitional phase, The question remains:

How will the other outstanding issues, concerning security and economic, be resolved?

And what role will the new envoy is going to play? Is there an international will to resolve the Libyan file? 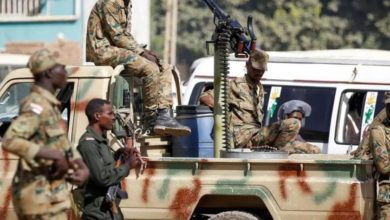 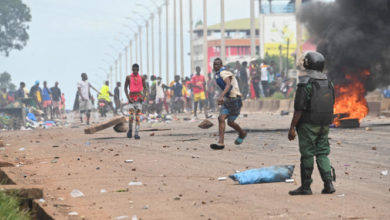 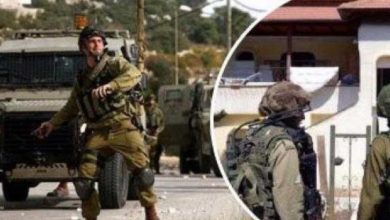